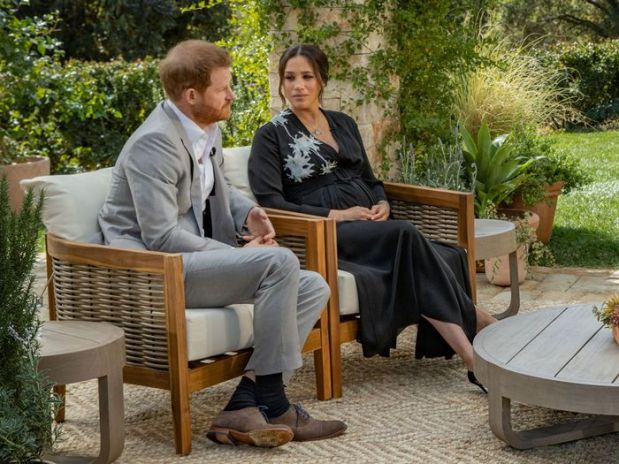 During my 34+ years in Philadelphia radio, many interview subjects would ask me to provide a list of questions I’d be asking. Politely, I’d explain that I would not do that because I did not want to be held to asking those specific questions; and I always let the interview go where it needed to go. That means – listening and following up on answers to dig deeper or get the subject to better explain an issue or topic.

Oprah Winfrey certainly got it right as she questioned Meghan Markle and Prince Harry in the mega-hyped, tell-all interview focusing on what was behind that royal House of Windsor curtain. She and her team edited a more than three-hour conversation with the couple into less than 90-minutes. What we saw and heard were honest, yet measured responses to startling news that the royal family – the Firm, the Institution – would not protect Meghan and Harry as well as their child, Archie, nor have their backs in any way concerning the tabloid newspaper staff (I refuse to call them journalists) who write anything to sell a copy or get clicks.

It is not surprising that the buttoned-up, formal royal family is guided by traditions dating back hundreds of years. And my comments having never covered royalty, are based on my instincts that the truth never gets in the way of a juicy story that tabloids can fake or mock up. Whether these allegations come from the friend of a friend of a royal, an ex-disgruntled staff member, or one of the royal family members directly, the horrible headlines trashing Meghan Markle starting before their gorgeous wedding and continuing for months leading to their “stepping back” from royal duties, stem from people who have no concern for the sixth in line for the Crown nor his wife and children. What’s the motivation: jealousy? Fear? Hatred? None of the possibilities are pretty.

Back to the Oprah interview. She LISTENED; she followed up. She did not let (almost) anything go. Prince Harry so quickly stated his father – Prince Charles- stopped taking his calls; moments later, Oprah went back to get clarification. She HEARD that and did not let it go. Many times I hear reporters and TV news anchors, live and recorded, neglect to HEAR what the person has said – and then ask a question about what they heard. These oversights lead to misinformation.

Because Harry has been raised in the Institution, and because he and Meghan seem to be genuine and authentically nice people, they threw no one under the bus as Oprah tried to zero in on who was making their royal lives unbearable. It is remarkable that they have maintained an open relationship with Queen Elizabeth and Prince Phillip. Harry and Meghan’s love and respect of Her Royal Highness was clear. Therefore, it was left to us at home – and Oprah, too, to ponder who made the couple feel they had no choice but to ‘divorce’ themselves from royal lives.

We know how good Oprah’s interview was. While necessary commercial breaks were frustrating, we felt a bit breathless when we could see Meghan or Harry winding up to deliver answers coming up in next segment. What Oprah succeeded in doing was to expose just how tight the UK tabloid press is with the Palace; whether that’s actual royals or palace staff feeding stories for print or broadcast. As was mentioned on the CBS Morning Show following the Sunday interview, the monarchy may be afraid that if they do not have public support – fed by the tabloids – they could lose their power.

Harry and Meghan’s input in today’s fast-moving, sometimes insensitive and hate-filled world could have been a tremendous move for the royal family. Their business savvy, family-focus, diverse and open views on race, gender equality and a myriad of issues could have unbuttoned the buttoned up views of those next in line for the Crown and those who will follow. Harry would likely have never been king; he could have been a close adviser to Prince William some day. Perhaps he could still. But Oprah’s keen questions – and eye-popping answers from Meghan and Harry leave the world knowing there are those in the Firm who live in fear or hate or jealousy of the truth.

Can you imagine having every moment in your life poked and prodded by the media? I’m not talking about the crazies (some of them) who willingly submit to so-called reality television. With instant coverage a given in this tech world, Prince Harry is among one of the most-watched people in the world. Why? He’s 28; he’s a royal; people love to be voyeurs – pick your poison.

Prince Harry is ending his deployment to Afghanistan and the media was allowed to trail him for a bit. What you see and hear is a man who has grown up in the spotlight, and clearly does not like it. He’s been captured in Las Vegas with his pants down – literally and in other locales doing, well, what many 20-somethings do – having fun. Yes, he can be reckless, but this 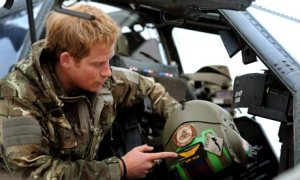 is the time when you are supposed to test the limits – within reason. There’s a great line from the fun chick-flick “Sex in the City.” Carrie tells her assistant, Louise, “Enjoy yourself. That’s what your 20s are for. Your 30s are to learn the lessons; your 40s are to pay for the drinks.” So true.

Now, Harry will return to his buttoned-down royal duties. And despite his disdain for the media and his fervent wish that the cameras would just all magically break when they get pointed at him, he’ll be relentlessly pursued by the media as he continues his bachelor ways. You can only wonder, what would Princess Diana think about how her boys have turned out and the media frenzy that can surround them. Unfortunately, she lost her life in that frenzy, something her sons have to live with and cope with daily.