Isn’t it funny how you live in a place your entire life and never stop to see things that you’ve passed dozens of times? It always amazes me how people who live in the Philadelphia area and have never visited the Liberty Bell. When I worked in center city Philadelphia I was at a party making casual conversation with people I did not know. When I told them I lived in Cherry Hill, they wondered why I lived so “far” from work. 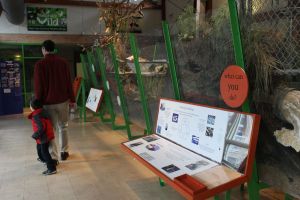 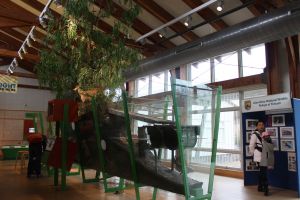 I got to work in under 15 minutes when it took them 45 minutes or more to travel to center city from the western suburbs. The point is, they had no idea where Cherry Hill, NJ is – it is just over the bridge from center city Philadelphia.

I’ve passed the John Heinz National Wildlife Refuge dozens of times. The 450 acres sits in the shadow of I-95, Philadelphia International Airport and Southwest Philadelphia. On a gray, but warm January Sunday, we stopped there for a walk in the woods. There were dozens of people – walking dogs, jogging; there was a little boy’s birthday party underway. From the Environmental Visitor’s Center to the trails, the refuge is a gem. There are signs showing how frogs are being preserved; birders were noting the different species throughout the refuge. Even in the middle of winter when the leaves and flowers are gone and the grass is dormant, this place sings with nature.

Despite the roar of aircraft from the airport and the hum of traffic from I-95, you feel as though you have a small piece of nature to enjoy. The well-kept trails, boardwalks and bridges along the winding paths make it easy for anyone to enjoy the refuge. Park rangers offer assistance; there are easy to follow maps and friendly people who will gladly tell you that they have been coming to the refuge for years. Perhaps you’ve passed by dozens of times as well. Find a few hours and visit the John Heinz National Wildlife Refuge.